Subtitled ‘The Man Who Sold America Short in 1929’, and with a foreword by famous American trader Paul Tudor Jones, this is a book I can recommend. I thought it would be a good read because its author, who spoke at the STA’s monthly meeting earlier this year, was an interesting and entertaining guest.

Mr Jones notes that, ‘the best lessons I learned from Jesse Livermore (from the book Reminiscences of a Stock Operator) were his repeated failures and how he dealt with them. He lost his entire fortune four or five times.’ Perhaps that’s why today he is famous for spotting the stock market crash of 1987 – Mr Jones, that is, because Livermore shot himself in the cloakroom of the Sherry-Netherland hotel overlooking Central Park on Thursday the 28th November 1940.

This probably doesn’t sound like a good way to learn about trading or a biography with a happy theme – but it is. From a dirt-poor childhood in Massachusetts the frail boy excelled at school and some considered him a ‘prodigy’. He left home at 14 with $6 in his pocket heading for Boston. By the end of his first week working as a board boy in a bucket shop he had $20.

Keeping journals, ‘having taken down hundreds of observations in my mind, I found myself testing their accuracy, comparing the behaviour of stocks today with other days’. From which he concluded: ‘Speculation is as old as the hills. Whatever happened in the stock market today has happened before and will happen again’. Sound familiar?

Through to 1901 Livermore rode the full-blown bull run, making money effortlessly because of it, rather than by his own talents. But it was not until the crash of October/November 1907 that he managed to make $1 million in a day. The following year he switched to trading commodity futures on the Chicago Board of Trade, partly because here he could still trade on margin. This did not go well and by 1909 he was worse off than at any point in his life. He realised that his past success was causing his present failure. 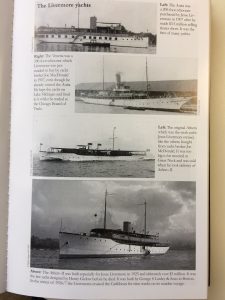 The swings and roundabouts continued, boom turning to bust followed by lean years. But with a little help from secret phone calls to a member of the Bank of England in the week ending the 30th October 1929 he had made $100 million – by shorting stocks. Among the many who had lost an awful lot were top American economist Irving Fisher and his British equivalent John Maynard Keynes. Livermore observed; ‘a man can have great mathematical ability and an unusual power of accurate observation and yet fail in speculation unless he also possesses the experience and the money’.

His personal life and lavish spending were legendary, with much time spent in Florida and on his many yachts; several wives and a stream of dalliances and mistresses round out the picture. His final act was to write a book explaining the Livermore Market Key where readers were reminded: ‘profits always take care of themselves but losses never do’.

I shall be donating my signed copy to the STA library at the Barbican.