For traders, its all in the mind: Says Paul McLaren

Australia’s Paul McLaren literally flew in and flew out to give his talk at the STA’s May monthly meeting. I know this because his Facebook entry says he’s been on 19 different flights to 13 countries recently. He also took a photo of his audience last night to prove to his wife at home in Queensland that he really was on a business trip. 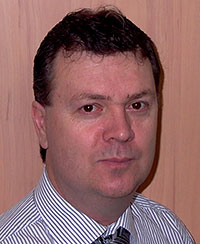 This was his second outing for the STA: In April 2017 he was invited to speak and his topic was ‘Volume at Price’. You can see the video of that talk and read the blog about it on www.technicalanalysts.com website. This week’s one was very different, and its central theme was about the way we think, how this influences our decisions, and how we frame issues and situations. Not mindfulness, as such, more becoming aware of cognitive bias.

He kicked off by asking the audience how many had read Daniel Kahneman’s book ‘Thinking Fast and Slow’. I had, but if you haven’t I would recommend it, and I see it’s available as an audio-book or, I believe, a (free?) PDF version. The central premise of the book is that, for the sake of efficiency, we split the way our brain works into spontaneous type thinking or, for more complex work, we resort to type 2 – slow thinking that requires effort and conscious thought. Once we become aware of this tendency, then we see where one might slip up and cut too many corners.

He then tested an teased us with the number sequence: 3, 6, 12, 24, 48…, not so much for our mental arithmetic but to explain confirmation bias. The sequence in reality only tells us that numbers get bigger; but because we see a pattern, we assume this is the rule. He explained that to really confirm a hypothesis we must be 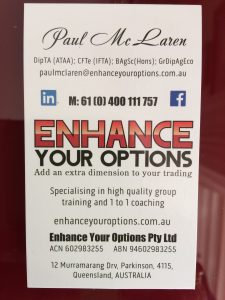 able to disprove it too.

As for traders, each has his or her unique perspective of the world but the risk inherent in this is that one only has a single viewpoint and is looking for data which backs this up. He suggests enlisting a ‘trading buddy’ to debate with, urges us to keep records as memory is too unreliable, and to be wary of overconfident people.

He knows this talk well, asks lots of questions to engage the audience, pauses for thought and speaks softly. After flicking through loads of unused slides 55 minutes into the one-hour talk he sighs, ‘‘unfortunately I didn’t cover as much as I wanted to’’. Peter Growns, one of the audience commented, ‘’this is relevant and a new line of thinking. It would be a valuable addition to the STA Diploma course.’’

For more information about Paul, his training modules and coaching 1 to 1, please contact direct: