The gleaming glass of the South Bank, between Tower and London Bridges: A suitably modern venue for some crusty old fellows

These were not any old fellows, but STA Fellows, I’ll have you know. The second time I’ve been invited, having only been made one of the gang last summer at the City Hall 50th STA birthday bash, the event had been in the planning for months. The Society books the venue and provides bubbly and wine, Fellows foot the food bill.

In an upstairs private dining room, with Crittall-style glazed windows partitioning us off from the main Coal Shed restaurant at One Tower Bridge, was a super square wooden table seating (unlucky) 13 in comfy modern chairs. A magnum of champagne in an ice bucket at the ready, we arrived steadily and began catching up from where we’d last left off. Hosted by chairman Tom Hicks, he said a few words, thanking us for our contributions over many years to the society, before we sat down. 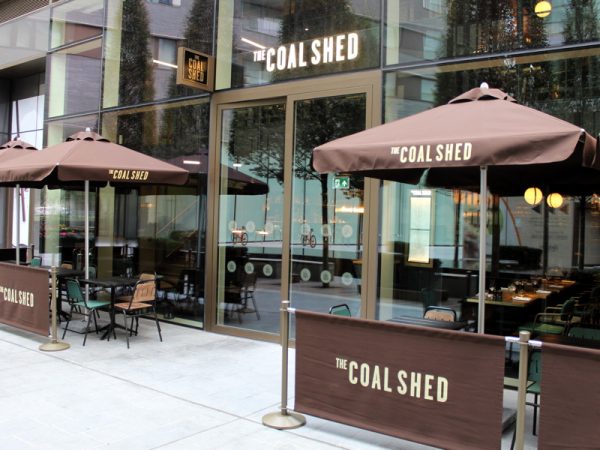 The food was right up my street: simple, quality produce well executed. Mainly grilled seafood, fish, game and meat it came with the most delightful bowls of vegetables from which we were to help ourselves. I was lucky to sit next to Deborah Owen, who I didn’t realise had edited the Market Technician magazine for 25 years. To my right was ex-Bupa’s Simon Warren who was very amusing on the subject of his family’s attitude to him now that he works and trades from home. Their favourite saying was: ‘’grumpy old man (which he isn’t), go into your study and look at your charts because it makes you happy’’.

Black (Friday) and white Christmas crackers were pulled to reveal the most dreadful jokes and the usual paper hats. (Ron Giles’ 100-year old mother had gone out that morning to pick up bargains at her local High Street in Wanstead). Then Tom had quite a few magic tricks to show us, including winding Tony Plummer’s tie in a series of impossible knots around hid hand, only to slip the whole thing off his fingers with a gentle pull.

A work colleague of David Sneddon’s had phoned half-way through saying that because of an incident, London Bridge had been closed so best he take Tower Bridge on the way back. My heart sank when I saw a helicopter hovering over the Shard on my way home. I later found out that the best and the worst of life in Britain had been on display that afternoon. Our sympathy goes out to the families and friends of the young victims.