Describing himself as a coach and consultant who teaches on the STA’s Diploma course, veteran City trader Steven Goldstein (the punters’ 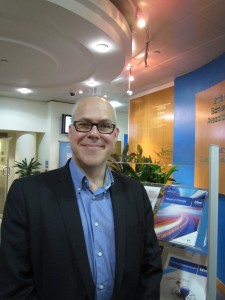 magician) laid out his cards at yesterday’s STA monthly meeting.  Wowing members, one guest was overheard saying later that, as a psychologist, she had not realised just how far behavioural traits might influence financial decisions – a thought mirrored by many, I’m sure.

The key to his talk was the way in which one’s core risk personality impacts one’s trading decisions and style.  Admitting that his data set was as yet rather small – 80 guinea pigs of which 13 were discarded because they were novices – he explained the Risk Type Compass tool he has been using since 2014.  It has some similarities to the Briggs-Myers Type Indicator which is a questionnaire designed to make Jung’s ideas about psychological preferences combine into one of 16 different personality types. 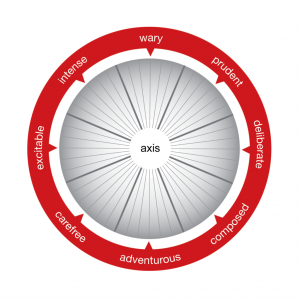 Using the simile of a boat at anchor, he explained how the former represents the risk attitude variable which changes over time, while the latter, the risk type, is firmly ‘anchored’ and was the focus of this meeting.  An X-shaped diagram plots intense/emotional types top left, prudent/measured ones top right, carefree/daring ones bottom left and composed calm ones bottom right.  To these, cardinal points representing wary, deliberate, adventurous, and excitable are added at north, east, south, and west respectively.  People at the centre of the circle are a mish-mash of these types, and are often quite flexible; those on the outer edges display extreme traits.

Dividing up the traders into buy-side (proprietary traders) and sell-side (market makes), banks versus hedge funds and private investors, whose areas of expertise were foreign exchange, interest rates, equities, or commodities, men and women, he profiled and described individuals as dots in the circle of personality types; as marathon runners versus sprinters.  He suggests that the system is useful for recruitment, individual development, team building, career management/transition, and leadership development.

Do look out for the video.