Before we tell you about the STA’s annual summer party, and before you hear about the riveting presentation given by Philip Gray FSTA focusing on Chinese markets, we have to tell you about the first part of the evening. This was the presentation of STA Diplomas to this year’s successful candidates. Only some of the many who studied were able to be there in person as they live far away, abroad, or because of prior commitments.

Luise Kliem FSTA, STA consultant and lecturer, gave a brief introduction to the two stages of the Diploma course. Diploma Part I takes place during the autumn term, Part 2 the spring one, both consisting of weekly evening lectures at the London School of Economics (which has hosted the course since 2002). The first is an introduction to students with little or no knowledge of the subject, a sort of general overview of the methods and concepts behind technical analysis. The second, and longer course, goes into greater detail on the subject, something that this year’s successful candidates found particularly interesting. It prepares them for April’s final exam which gives those who pass it the professional MSTA qualification, accredited by CISI.

A record number enrolled last October and an average of 30 usually go on to Part 2. The exam is rigorous, essay format rather than multiple choice, and the pass rate tending to be between 2/3 and 3/4 of the total intake. A very clever few who score over 85% are awarded a distinction. Two this year, one an older private investor who, having lost quite a bit of money the previous year on his portfolio, determined to take the bull by the horns and really get to the bottom on market analysis.

STA Chairman Axel Rudolf FSTA presented the Diplomas as Luise called them up one by one. As always, there was a great diversity of backgrounds and motivation for applying to the Diploma course. All looked chuffed by their success and the warm rounds of applause they received.

Well done all of you! 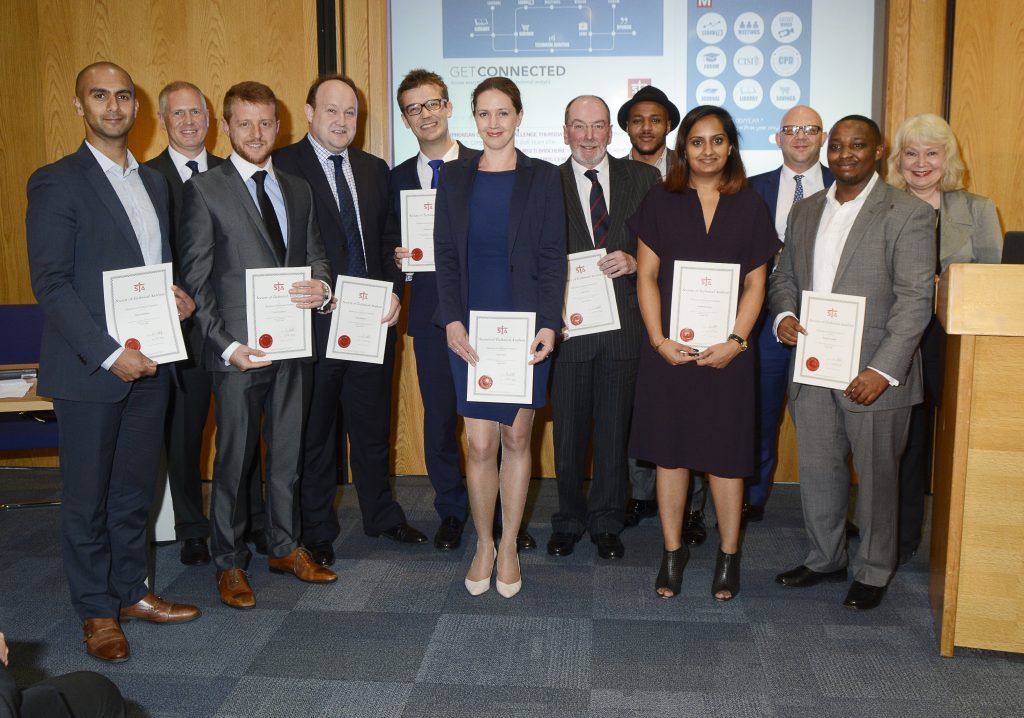