Are you MiFID fit? Second time round, yes (hopefully)

New rules as to how investment research is distributed and gets paid for come into force on the 3rd of January 2018. They’re called MiFID II because this is the second version of the Markets in Financial Instruments Directive. Dreamt up by the Financial Conduct Authority, the aim is to separate out how much fund managers and the like, collectively called the ‘buy side’, must pay brokers, who are the ‘sell side’ for their research.

For stockbrokers, delineation between the two camps is clear. For bankers not so, because in many situations they have dual capacity, either acting on behalf of a client or in their own interests using the bank’s money. Luckily on the 26th October, Andrew Bailey, CEO of the FCA, said: ‘’We will continue to engage with firms on their implementation of MiFID II ahead of the 3 January 2018, and will monitor evolving market practices once the new rules are in effect to ensure compliance and evaluate the impact of the changes’’. Seems there is a little wriggle room an 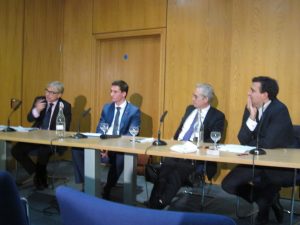 The timing of the STA’s panel debate on the subject couldn’t have been better. The day before it, Monday the 13th November, the FCA dropped an unexpected and unexploded bombshell: sales and trading roles, where a trader was providing “substantive” insight or analysis, would have to be paid for like other (usually written) forms of research to avoid it being classed as an inducement.

Moderating our panel was Pedro Fernandes, CEO of ResearchPool, a UK based start-up from a man with lots of experience in research and exchanges. Strongly believing that the client will decide how content will be delivered, he thinks that we need to change our mind-set towards research as user reviews become increasingly important while today roughly only 1 per cent of bank research gets read.

First to speak was Tim Parker, CEO at Messels and someone whose face, if not the name, you will be familiar with as he is a long standing MSTA. When the audience was asked for a show of hands (with red cards) on an issue, ever the wit he said, ‘right, that’s it, I’ve been sent off!’ His family though has staying power, his great, great, grandfather having come over from Germany to set up the business where they amassed a significant fortune trading South African gold shares, Kaffirs as they were known on the London Stock Exchange. Having provided independent research for many years he firmly believes that clients are, and will be willing, to pay for good, tailored research, exclusivity, and insights which generate alpha. He’s well prepared and knows how to keeps costs down. 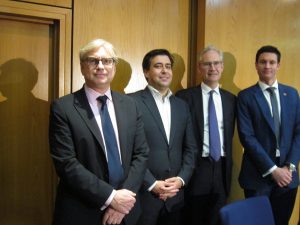 Then it was Chris Deavin, Chairman of Euro IRP; an association of 80 members doing independent research all over Europe. From one-man bands to firms with 100 plus employees, he is well suited to this work having been previously at Lombard Street Research. Like Tim, he is very optimistic about the future, believing it will lead to a fairer market where quality will win out. Even though he thinks the research spend will drop, from a current estimated £20 million annually from asset managers, he is confident it will not produce a race to the bottom.

Our final panel member was Tom Hicks, a familiar face as more often than not he is introducing our speakers; his real job is as a partner at Danton Consulting specialising on MiFID II solutions. He does worry about pressure on the sell-side and that brokers might come up with predatory pricing, something Pedro had hinted at in terms of spreads shrinking. He added that perhaps it might be an idea to set up separate subsidiaries outside the European Union.

A final touch: our ‘party bag’ consisted of a magazine looking into the issues of a level playing field produced jointly by Euro IRP and the Centre for the Study of Financial Innovation. A difficult topic handled with verve. Thank you panel. 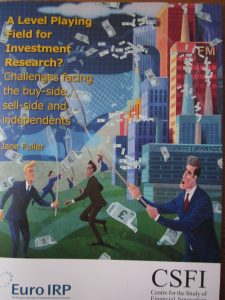