IFTA ramping up their webinars: organised by Bruce Fraser

The International Federation of Technical Analysts www.ifta.org, of which the UK’s Society of Technical Analysts (STA) is one of 20 members, has for many years hosted annual conferences; the next one will be from the 7th to 9th October in Melbourne, Australia. More recently they are keen to hold regular presentations as they, like so many organisations, have cottoned on to the flexibility of online presentations and meetings. If you would like to be considered, email webinars@ifta.org and Bruce will look after you. Do take a look at their video centre where videos-on-demand are stored.

Yesterday’s talk, 19th April 2022, was from Kevin Bull and the title was: ‘Telling the Truth after 12 Years of Trading’. Based in Southend-on-Sea, England, he set up his own firm 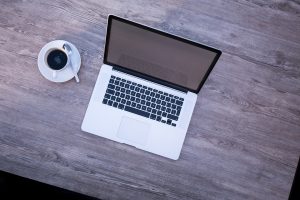 www.fxtradingcompany.com in 2009 when he became a full-time trader specialising in foreign exchange. He promptly signed up for the STA’s Diploma course and passed the exam in 2010.

Kevin has some interesting and unusual ideas which, as a contrarian myself, I am keen to listen to; I wholeheartedly agree with him that the media and conventional market strategists are often contrarian indicators. More interestingly he questions the concept of time in markets and is ‘’no longer concerned with closing prices’’ because these are merely a by-product of a chosen time frame. ‘’Change the time frame and all the technical analysis changes’’. Seeing as his focus is FX, I can see why he’s adopted this concept.

The basis of his technical analysis is Elliott Wave, and he works through three currency pairs in some detail. Interestingly, he uses candlestick charts, daily, weekly and more oddly 360 and 720 minute ones. Though he questions the law of vibration he also believes that degree is not time dependent; he likes waves because they have a mathematical order. ‘’Markets can spend much longer correcting than in an impulse wave’’ he says; I would counter, what about when they fall off a cliff?