‘Global Outlook and the Minsky Risk’: A presentation by Ron William CFTe MSTA for IFTA

I was 13 minutes late for yesterday’s (25th February 2021) IFTA webinar presentation hosted by Wieland Arlt, board member of Germany’s VTAD technical analysis society. I felt terrible as I’d recently heard that a job-seeker’s interview had been immediately terminated because the candidate was late for the pre-booked online slot. No excuses.

As way of introduction, Ron William describes his method as a behavioural technical analysis framework, with late market timing, currently seeing a late cycle exhaustion pattern in the S&P 500 index. With over 20 years in macro research and trading, he is now also a behavioural finance expert, trading psychologist, and performance coach. As they say, a portmanteau approach to a career.

When I sign in Ron’s recommending some text books and outlining the top-down approach developed by Robin Griffiths FSTA and which he currently uses. I’m slightly worried as I know that 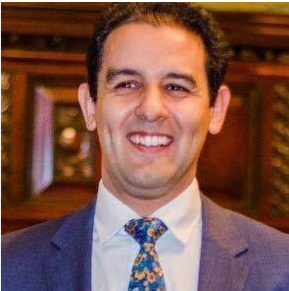 Hyman Minsky was a well-known US economist and professor at Washington University in St Louis [speciality: financial instability]. Compounding this he alludes to UK fund manager [Robert] Jeremy [Goltho] Grantham CBE, an early UK fund manager noted for his prediction of bubbles and a vocal critic of government action post the Great Financial crisis of 2008. My fears grow as we go through his Global Ranking Model where there isn’t a single chart. Basically, he lays out his predictions with little formal back-up. He rounds up saying the, ‘’greed trade on steroids is here, now’’.

For a younger Millennial/Generation Z cohort he shows us a Goldman Sachs list of the 50 most-shorted stocks in the US and VIX compression patterns since 2016 where a reading below 20 would place his S&P 500 bearish outlook on hold – a view he had expanded on CNBC TV in August 2020. Parts of this talk were also used at the virtual IFTA annual meeting via Facebook in October 2020 and at the STA’s monthly panel discussion in January 2021.

He then warns us that he might have to ‘’speed through the rest of the charts as I’m likely to extend my allocated time’’. He has a nice chart comparing the US stock market in 2000 and now, a chart of quadrants of stocks in the Dow Jones Industrial Average, and the ‘’confluence of multiple cycles 1 to 6 [which create] a once-in-a- lifetime crisis opportunity’’ – and I’m still not quite sure what these are.

He ends with a brief mention of Bitcoin and other competitive coins, saying: ‘’there’s no escaping that the macro will hit the micro’’.