My father is Charles Dow – yes really; Charles Robert Dow, not the one you’re probably thinking of. Charles Henry Dow (1851-1902) is way too old, old enough to be my great grandfather. He’s not, but he’s certainly considered the grandaddy of Western technical analysis. Dow is a classic but not so common Scottish name. I once worked with a Kathy Dow at Bank of Scotland; switchboard sometimes got our calls confused, which was all the more flattering for me as she was one of the most senior women in the bank.

Why am I telling you this? Because the name Dow and finance have gone hand in hand for years. Charles H Dow was a US journalist who, together with Edward D Jones and Charles Bergstresser, co-founded Dow Jones and Company in 1882. They delivered bulletins by messengers, called ‘flimsies’ or ‘slips’, to financial houses; at the close of business on Wall Street they also produced an end-of-day newssheet. By 1884 they had complied the first (of three) average of selected US stock prices and in 1889 founded, with Dow as its first editor, the Wall Street Journal. The icing on the cake 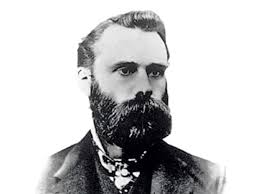 was that he was a partner at stockbrokers Goodbody, Glyn and Dow – three old-time names in finance. Dow died of a heart attack at his Brooklyn home at just 51.

In the newspaper he chronicled and outlined his ideas on technical analysis, as we call it today. Of his editorials, 255 were collated and edited to produce the first manuscript of Dow Theory in 1900. It lies at the very heart of our technical analysis.

There are 6 main tenets, and though in position number 3, the market discounts all news is, I think, the most important. At number 1 is that the market has 3 movements, at 2 that it shifts in trends that have 3 phases, 4 that trends in indices must confirm each other, 5 that volume must confirm trends, and finally at 6 that trends continue until we have definitive proof that they are over.

or the one from CMC markets: https://www.cmcmarkets.com/en-gb/trading-guides/dow-theory

I, on the other hand, turned to my trusty ‘Technical Analysis Explained’ by Martin J. Pring which has a chapter on the subject. According to him, had an investor purchased stocks in the Dow Jones Industrial Average from 1897, and on every subsequent but signal, liquidated on sell signals, and reinvested again on a buy, would have seen a $44 initial outlay grow to $51,268 by January 1990. A buy and hold strategy would have produced $2,500 over a century.

I reckon it’s well worth getting stuck into.