When I read interesting articles (and I tend to prefer hard copy to digital) or see great charts, I usually cut them out and keep for later reference. This is what I’m doing today with an interesting article in City AM newspaper by Ryan Bourne who occupies the R. Evan Scarf chair in the Public Understanding of Economics at the Cato Institute, Washington DC. In it he discusses why it is important that the public has faith in government economic forecasts. Via this link you can read his article in full.

Usually when I see the words ‘economic’ and ‘forecasts’ in a sentence I switch off. Not this time because he mentioned a study by Blanchard and L’Huillier who believe that: ‘downward or upward revisions to potential [GDP] growth in the longer term can affect the economy today. Consumers and investors anticipate the future. If they believe economic growth will be slower they will expect lower lifetime incomes and tighten their belts now.’ Which then means that every time the authorities trim their forecasts – something we’ve seen all too often since 2008 – they shoot themselves in the foot.

Does this matter to technical analysts, and do their forecasts also impact markets today? I’d say ‘yes’, and increasingly so in an age where investments tend towards indexation and are momentum driven. I’d also add that unreliable and poor forecasting is seen as exactly that and ignored, treated as ‘fake news’, along with pollsters who fall into the same camp. Not to be trusted, full stop.

But this has costs, expensive ones, and no one is called to account. The media is particularly culpable here, herding instinct to the fore so that all new information that doesn’t fit the existing pattern is ‘a surprise’. I’m thinking especially of forecasts for developed market interest rates. For a good seven to nine consecutive years we’ve heard nothing except that interest rates are about to go up. Because they’re too low; because they’re not normal; because just because that’s the way of the world. Nonsense.

Not only have investors lost out in a secular boom in bond prices but their willingness to borrow money for long term planning has been hampered. And still is as we are repeatedly warned that mortgage rates have never been this low, that car buying on tick has never been this high, that global debt stands at a record $215 trillion.

But look at the charts. Tell me hand on heart that the secular trend to lower gilt and US Treasury Bond yields has reversed. Technically, it most certainly hasn’t, regardless of the Federal Reserve’s recent moves. Could nominal interest rates go even lower? Well they certainly have already in Germany, Sweden and Switzerland. Should you go out and load up on unsecured lending? Of course not. Can you borrow prudently for sensible investments? You decide – and not based on current forecasts. And while you’re at it, turn the old saying on its head: do as I do, not as I say. 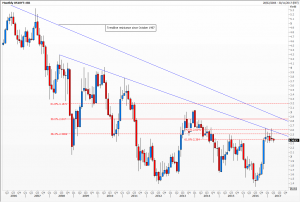 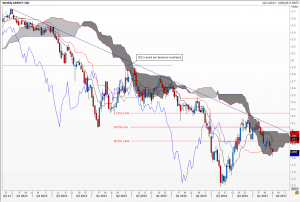 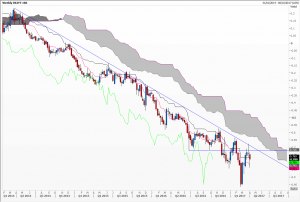