Fashion hits London: But what about the trends?

At last week’s STA monthly meeting one of the pale, male and greyer members of the society bounded up to me proffering a copy of that weekend’s colour supplement of a best-selling UK broadsheet.  ‘’London Fashion week starts Friday’’, he beamed.  Now, not being quick-witted, I looked blankly and paused for time.  He helped me out, ‘’hemlines, of course!’’ 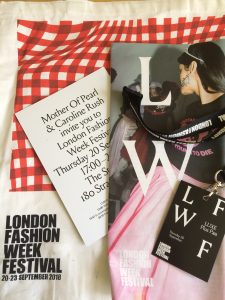 Slowly the cogs in my memory creaked into action, and I remembered the ‘bull markets and bare knees’ theory.  First postulated by George Taylor in 1926, it suggested that as ladies’ dresses got shorter stock markets rose in tandem; a tendency to bear markets went hand in hand with longer skirts.  Obviously he was influenced by what he saw all around him.  Ladies, especially the younger ones, were dumping the long, flowing Edwardian lilac tea gowns.  Instead they were opting for simple, shift, and more importantly short dresses, short hair, and dancing the Charleston.  The ‘flapper’ was born.

Contrast this with the utility-type apparel of the Depression-era 1930s, all hard-wearing fabrics in dirt-bucking grey, black and brown.  Clothes that had to last and, like those of the post-WWII austerity times, that were economical to make.  Britain in the 1970’s went through hard times again, resorting to a loan from the IMF, one of the few for a developed country (France was the first in 1947).  Fashion reflected the downbeat mood, long flared trousers, sleeves and hair, sludgy colours and platform boots; an androgynous look.

Then came the 1980’s where the stock markets in Britain, Japan and the USA started putting on serious gains – at last!  Ladies in the UK were happy to splash the cash, especially for new office suits, the Japanese favouring the Chanel-style in pastel colours.  The US capped the look so fabulously captured by TV soap Dynasty, which aired from 1981 to 1989.  Bold and bling.

I was lucky enough to be invited along to one of London Fashion Week’s events – see photo with goodie bag, lanyard and pass.  What did I see?  Alexa Chung’s debut show had more than a nod to the 1970s, with waistcoats, wide-legged trousers and a dark palette of mustard, brown and burgundy.  The young head of design at Mother of Pearl emphasised her sustainable and environmentally friendly credentials, had some lovely fabrics, and nearly all the hemlines were well below the knee.  Other designers generally were showing a series of what might best be described as ‘demure’ outfits.  Not exactly a buoyant mood.