Delivered via webinar, the technology ‘du jour’ of the 2020s, Dr Alexander Aburumieh was confident, presentable and speaking very elegant English from Vienna. His biography is brief: trained as a physician at Vienna’s Medical School, he left the profession in 2013 and has been an asset manager since then, currently working at a European banking institution. Speaking in a private capacity, as so many ‘experts’ are now claiming when approached by the media, he’s self-taught having traded his portfolio in his spare time. 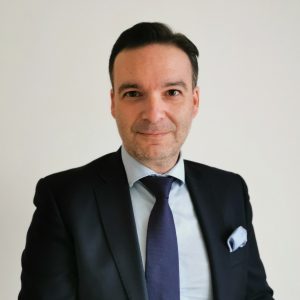 For the first half hour, and just three static slides, he covers the basics of Gann Theory, the mathematical, astrological and geometrical aspects, explaining how Gann was looking for scientific laws and natural sciences in financial markets; the reasoning behind this is that ‘’these laws cannot be altered by man’’, just as the background to price and time is seasonality.

He then moved on to a little bit of number theory, like 7 means earthly and eternal life and is linked to the lunar cycle; short term cycles are linked to 360 degrees or 365 days; 144, Gann’s most famous number, is because there are 1440 minutes in a day. We are reminded that ‘’Gann was an outspoken believer in astrology’’. For those interested in digging deeper into this I can recommend ‘The Law of Vibration; The Revelation of William D. Gann’ by Tony Plummer FSTA.

The second half of the presentation is prefaced by the comment: ‘’today’s market is different from ten years ago’’. It focused on stock indices, unsurprisingly as his social media name is @XetraDAX30. He kicks off with ‘’a simple chart’’ of the German index – not a simple as you might have hoped. He pushes the chart (with a black background which also hinders a viewer’s interpretation) around the screen, bouncing his cursor all over the place, making it quite difficult to follow what he’s saying. Interestingly he uses Fibonacci retracements on both the X and Y axes.

He prefers using calendar days rather than trading days, comments on the eclipse due tomorrow (10th June) ‘’so watch the Dax [as it’s] no show and shine’’. He uses a 5-minute intra-day DAX chart between the 3rd January 2021 (a Sunday) to the 8th which has four lines that look like moving averages but are in fact a script he’s developed. As for his trading: ‘’I’m the futures person in my company so I’m the same as a private person. DAX is my wife’’.

The STA’s flagship Home Study Course (HSC) is constantly being updated and now features a new Gann unit written by the renowned Gann specialist Constance Brown. It incorporates the latest technical research mentioned in her recently published book “The 32nd Jewel.” The STA is pleased to say that Connie will also be teaching Gann in upcoming STA courses, has added her book to the STA reading list and that it also features in the Barbican Library.