STA at The Shard: Joint event with Warwick Business School

Organised by Tom Hicks MENG MSTA MSCI, and more importantly the STA’s Head of Programmes, for many members it was an opportunity to scale new heights – if you could manage the rather complicated lifts to the 17th floor, that is! Security was just as tight on leaving the building, a reminder of the added danger in ‘iconic’ premises. 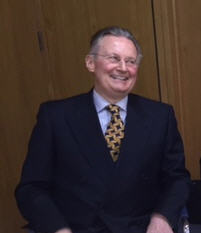 A full house came to listen to charting veteran David Fuller’s talk entitled: Monitoring Money Flows in Traded Markets. One member noted that the audience’s average age had plummeted thanks to so many students from the school. Delightful to see their eager faces, surprise and enthusiasm during the talk, and how much they enjoyed the drinks and canapés afterwards – plus the opportunity to talk to people with careers and experience under their belts. As well as ably introducing the speaker and moderating questions, Charles Newsome FCSI MSTA (STA Vice Chairman) could be heard advising young hopefuls how to tackle interviews at his firm Investec, the asset manager with the zebra.

Using simple weekly charts with 40 week moving averages (200 days and not longer as this creates a ‘buy and hold’ strategy, he believes) David, who first started on Wall Street in 1967 as a technical analyst at Harris Upham & Company (now part of Morgan Stanley), focused on behavioural technical analysis, his speciality. Perhaps a little thin on the money flow side of the story, he stressed that ‘the market’s a mob’ and how one must remain objective despite being part of an unruly rabble.

He doled out kind, avuncular advice to young hopefuls, including such gems as: ‘listening to what people are saying in the market is incredibly useful’, cautioning against locking oneself in a room with one’s charts – à la geek. ‘Statistics, like polls, may not be all that valid’, he said, relevant as we now face a UK referendum.

He believes that foreign exchange trading, where the market fluctuates ceaselessly, underlined the usefulness of charting and changed attitudes for good. ‘Disruptors’, like High Frequency Trading, black boxes, and the ability to front run trades distort markets and increase intra-day volatility, in turn damaging flows.

Turning his eye to current conditions he said that patterns are scaring him more than they have done in a decade, that ‘bear markets take them [investors] out one by one and shoot them’, summing up ‘I’ve never seen so much uncertainty in all my life’. Now that’s saying something.

The presentation has been recorded and will be available shortly to members only on www.technicalanalysts.com