‘Pieces of eight’: And the real value of money 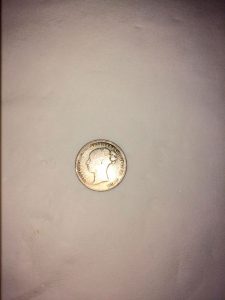 You probably remember this expression from the film ‘Pirates of the Caribbean’. This makes sense, because in those days Spanish coins were minted with silver mined in Latin America, based on a system of 8 ‘reales’ – as Brazil’s currency is known today (real). In 1537, after some debasement, Spain introduced the escudo (as Portugal’s currency was later called) gold coin, worth 16 reales. After further debasement, the gold doubloon (from the word double) was introduced and worth 32 reales. I remember trading and charting – on appropriate graph paper – gilts in thirty-seconds – as US Treasury bonds are still priced today.

Why am I talking about this today? Because, understandably, many savers and investors are very concerned about the real value of money today and in the not-too-distant future. This week’s estimate of the money thrown globally at fighting the Covid-19 pandemic alone is $8 trillion. Then add in Quantitative Easing, and more QE, US Treasury repurchases at the Fed discount window, ultra-loose money policy and record low central bank interest rate targets around the world, and you’ll see why so many are predicting ballooning inflation.

My aged mother dug out her tin of old coins collected over many years, polished a few up and sent me photos. The first is of a British threepenny bit with a young Queen Victoria on one side and the

motto: REGINA F:D (defender of the faith). This is the old 3d, one quarter of a shilling, so we’re back to fractional accounting. In the 1960s and early 1970s there was an expression ‘bent as a five bob note’, hinting at the dodgy underbelly of what passed off as fiat money. 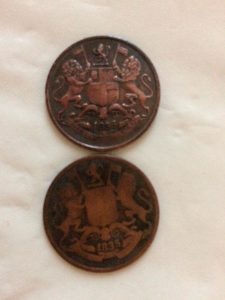 My second picture are coins issued by the East India Trading Company in 1835. These are for one quarter of an anna, a tiny amount and used in day-to-day

shopping; some may find the idea of a commercial firm minting money a surprise. Before the advent of the Diners Club credit card in 1950 – a piece of cardboard replaced by plastic in the 1960s – people travelling abroad would buy American Express travellers cheques. The size and format of a US dollar, they came in several denominations and could be redeemed at retail establishments, but were backed by a US firm which wasn’t even a bank.

Loyalty cards issued by retailers can also be used as payment for instore items. Today we have cryptocurrencies, much-hyped in certain circles and followed avidly by a select section of the trading public. More worryingly in Britain today, to circumvent gambling restrictions, mobile phone credits can be used to have a punt on whatever takes your fancy.

So much money, and so many methods of account. I’m not sure I can keep count!