Recent work of mine on Fibonacci, inspired in part by the mathematical garden at the Chelsea Flower Show (designed by silver gilt winner and head gardener at the Chelsea Physic Garden Nick Bailey), started me thinking about magical numbers. These have been important to peoples all over the world for millennia.

As technical analysts we are used to working with Fibonacci retracements and projections, moving averages, and Elliott Wave counts. Many of us struggle with the latter (do watch the excellent video on the subject by Thomas Anthonj on www.technicalanalysts.com ) and wrestle even harder with WD Gann. Both men believed that there were ‘natural laws’ which have great influence on markets.

Texas born and self-taught William Delbert Gann moved to New York in 1902, worked at a stock broker’s and wrote for ‘The Ticker and Investment Digest’, precursor to the Wall Street Journal. His trading success was phenomenal and much of it has been independently verified.

The Spring Equinox is the start of the year for many gardeners and the financial year according to Gann, just as the Winter Solstice marked the end of the Mayan calendar. Like Ichimoku cloud charts, the concept that time and price are inextricably linked is key, Gann believing time the more important variable. His law of vibration states that stocks are centres of energy and therefore controlled mathematically; his second principle is that analysis must factor in space, volume, and time.

Many years ago Fred Stafford gave an illuminating (and entertaining) lecture on Gann at an STA monthly meeting, having a dig at ‘funny mentalists’ who he believed useless. His son Gary has now taken over as main cheer leader for team Gann and has several free videos on the subject on You Tube. Or perhaps it might be better to go straight to the horse’s mouth, two volumes of ‘Collected Writings’ and ‘45 Years on Wall Street’ being perennial favourites. 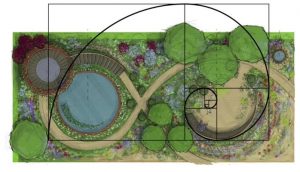 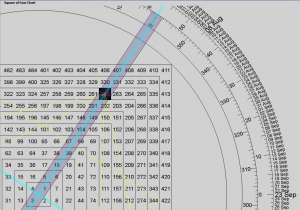