Gann again: Gazing at the skies

As technical analysts, we are used to working with Fibonacci retracements and projections, moving averages and Elliott Wave counts – ‘magic’ numbers, if you will. Many of us struggle with the latter, and even more so with WD Gann. Both men believed that there were ‘natural laws’ which have great influence on markets. Some of us also use elements of numerology (like 666 and 1.618), astrology and astronomy.

The Vernal Equinox at 21:58 GMT yesterday coincided to the hour with the referendum result of June 23rd 2016, exactly 1000 days ago. It was also Nowruz, Persian New Year, meaning ‘new day’, celebrating the first day of Spring. They use the solar calendar, instead of China’s lunar one, its exact time calculated through astronomical observations. Phrases like ‘light at the end of the tunnel’ and ‘are we there yet’ and ‘new 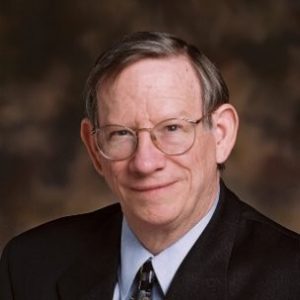 It appears that I am not alone. Killing time until a management presentation yesterday afternoon, I was trawling through social media – and ignoring Prime Minister’s Question Time – when I came across the following, and took the liberty of copying and pasting the article.

THIS is a Very Big Day!! – The famous stock and commodity trader, W D Gann warned us (in his books) to watch especially for the dates of the Equinoxes and Solstices, and the middle date between them. TODAY we have the Vernal Equinox 5:58pm EDT AND a Supermoon Full Moon 9:44pm EDT, and, just to kick off the zodiacal New Year, it also happens that we have an FOMC announcement at 2pm EDT. This could affect the trading day today or tomorrow, but the implications may play out over a much longer period. Today represents a zodiacal new quarter and a new year so the events of today will have long-lasting effects. This event is worldwide, and even the FOMC decisions may affect much of the world. Venus, Jupiter and Pluto are at the 23rd degree of consecutive signs, with Pluto at the midpoint of the other two. This suggests another round of favorable markets and positive economies especially with Mars trine (best aspect) to the Pluto. Could be inflationary as well. The possibility of a Market Crash does not reappear until November 24th, and serious deterioration takes place early in 2020. However, the Moon by itself as a “singleton” in half of the sky may interject a high degree of anxiety for awhile.

Having owned and published the Crawford Perspectives market newsletter since 1977, this Vietnam veteran has form. This is not an area I am familiar with, but I do feel a sort of tension in the air as stock market rallies are almost three months long; many have retraced between 50 and 78.6 per cent of Q4 2018’s slump. Over at the sovereign bond end of the equation yields are at multi-month lows and, following this week’s FOMC decision to keep the Fed Funds target at between 2.25 and 2.50 per cent, the curve is inverted or flat out to 10 years.

I would welcome comments and/or the submission of articles on the subject from readers.