Most technical analysts will probably agree that Fibonacci retracements are one of our favourite tools. After drawing trend lines – which might be likened to the kids’ game of joining the dots – and moving averages (simple or otherwise), these were our first 3 steps into the subject. After that we all went our separate ways, some going to great lengths to mimic their hero’s theories, many adding any number of oscillators, others creating bespoke trading strategies. 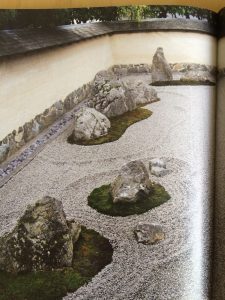 Less well known is that Fibonacci introduced Western Europe to our current, Arabic-based, numbering system, allowing us to ditch the cumbersome old Roman numerals, because the 0.618 ratio named after him eclipses his other achievements. But rather than a 13th century discovery, the concept of Divine Proportion Φ (capital Phi) was known by Phidias (500- 432 BC), the Greek sculptor and mathematician who helped direct the building of the Parthenon on the Acropolis in Athens. Plato (427-327 BC) and Euclid (325-265 BC) were also aware of the ratio.

Last week a friend of mine was clearing out shelves and cupboards because she had reached ‘peak stuff’, as IKEA so cleverly put it. Knowing I enjoy gardening she gave me a little book called The London Garden Book A-Z by Abigail Willis (Metro Publications Ltd 2012). From Allotments through to X-Factor and Zen Garden, it’s a little gem; Londoners, I can recommend.

The last entry prompted this blog. Kicking off: ‘when it comes to Zen gardens, less is more’ it describes the Three Wheels Buddhist Centre and garden behind a suburban home in – Acton! Built in 1996, it has all the elements of the Kyoto style, with rocks and mosses, raked gravel, cob wall and tree-lined perimeter, complete with a thatched meditation hut.

There are 12 rocks, chosen in Cumbria and Drayton by Professor John White and Reverend Kemmyo Taira Sato, and some are deeply embedded in the ground, like icebergs. Twelve recalls classical Japanese music tones, the Apostles, and the types of light that Amida Buddha radiates. The way these were arranged ‘invokes the system underlying the Fibonacci sequence’. Cool, or what? Thus the Fibonacci has form, function, and feeling.

The garden is open to visitors on selected days via the National Gardens Scheme (www.ngs.org.uk) but before you go check out www.threewheels.org.uk 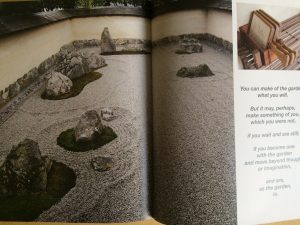