The Financial Times newspaper, well known for its anti-Brexit stance and often deriding technical analysis, might have subtly changed its tune. Not a volte-face, mind you, but at least contemplating publishing views from the other side. This was the case in a letter from a reader early this year and came in response to a commentary piece in the Long View by John Authers, 30/31 December Weekend FT. Readers were advised to keep away from bonds and stick with equities. Maybe he was taking a short-cut on his way to a New Year’s Eve party.

In reply Dr Frank Boll of Rotselaar, Belgium notes: ‘The most important rule in chartism is: do not bet against a trend that is intact. Financial graveyards are crowded with those that neglected this simple rule of Charles Dow’.

The Doctor’s second point is that the universe of bonds is a disparate one indeed; slovenly nomenclature. From junk to short-dated, triple A-rated to damaged, choices are huge. He writes: ‘if corporate bonds were to fall…jointly with equities, that is bound ultimately to benefit government paper of top quality’. Haven’t we just been reminded of this with the recent Italian government see-saw?

In his third point he really gets going: ‘since the end of the crisis 2007-09, world debt grew explosively to 325 per cent of world GDP [end 2016 data]. This virtually guarantees that world growth, in a declining trend since 2009, will keep decreasing. Even greater debt today will cause the next crisis’. Which begs the question – in a world saddled with so much consumer, corporate and government borrowing, do we really want higher interest rates? Or are central bankers trying to pretend that everything’s really got back to normal thanks to their policies?

His fourth point labours things a little, suggesting that while US real and nominal bond yields are relatively low (but not at a record lows)…’by contrast global debt is at an all time high’. 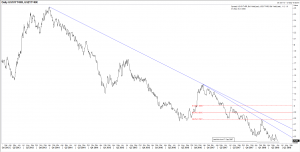 He signs off as someone who knows his markets well: ‘this message of impending lesser growth is already conveyed by the uninterrupted strong flattening of the 10 to 2-year US [Treasury] yield curve. This is in spite of five rises in the Fed Funds rate since December 2015’. 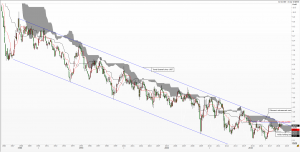