About thirty years ago I first met technical analyst Bob Prechter. I hadn’t heard of him at the time but he must’ve been well known by then because the UK commodity broking outfit I was working for had invited him to fly in from the US and speak at a special client function. Maybe these people were one step ahead of me because they flocked to the talk. 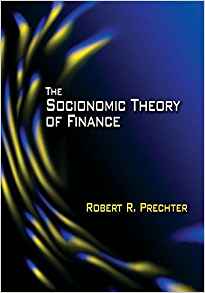 Almost single-handedly reviving interest in R N Elliott’s Wave Theory, Robert’s firm has gone from strength to strength. And still he’s beavering away, this year publishing a whopping new 813-page book which he says took him 13 years to write. ‘The Socionomic Theory of Finance’ published by The Socionomics Institute, Gainesville, Georgia USA (where he has hunkered down for many years) returns to review his core ideas.

Melding mass psychology, social trends, politics, economics, and finance he has enlisted the help of other academics and thinkers to flesh out his ideas. An in-depth interview conducted by Avi Gilburt of ElliottWave Trader.net explains how Mr Prechter believes that the true high for US equity indices, based on their value versus gold, was in 1999. The nominal rally since 2009’s low is a Primary wave 5; the corrective wave B in the ratio to gold started in 2011, and this should peak between now and 2019 – probably close to the 16.00 level. Backing up this idea is the fact that general prosperity has not increased in the US since the start of this century; he sees the popularity of Exchange Traded Funds as a warning sign.

The investments he recommends as we face a serious meltdown, something he has warned of several times before, includes, ‘short-term notes of the least unstable governments…be calm and avoid suffering financially if you’re prepared. The trick to maintaining personal prosperity is to avoid popular investments at the turns. It’s not easy to do.’ I think we will agree with that sentiment.

Prechter adds that academia has been slow to adopt Socionomics, the reason being ‘because most economists don’t know [it] exists. People are built better to participate in waves of social mood than to analyse them. So it’s very hard to get the word out’.

Three bullet points summing up ideas in the book:

I believe that the STA Library has bought a copy which members can borrow either in person at the lovely Barbican Library and now also online (they will post the hardcopy to you). 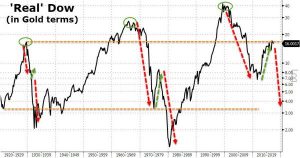