An act of faith: and an Australian soul

Yesterday’s speaker at the STA’s monthly meeting was a breath of fresh air – flying in from the outback via the Jesuits who helped him hone his fantastic memory for numbers (he says). A handy skill as Stephen M Barrett has opted to focus on the works of WD Gann, a technical analyst who specialised in the analysis of ‘magical’ numbers and how they relate to one another. 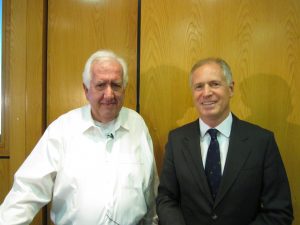 Barrett started studying markets in 1976 and, like many of us, kicked off with moving averages and Edwards & McGee, placing his first trade after gold peaked in 1980. Quickly he turned AU$8K into AU$250K – only to blow four fifths of this substantial pile on one trade. At this point has asked for help from none other than the late Phyllis Khan in San Francisco who specialised in Gann and harmonic moving averages. She pointed him towards a book by Tons Brunés: The Secrets of Ancient Geometry and its Uses (1967).

The core of Brunés’ ideas link back to Plato’s ‘Timaeus’, a dialogue written about the laws of nature and man, where Pythagoras and Aristotle take part, and in which are hidden geometric structures. The four elements are associated with shapes: fire a square, earth a circle with a diameter the same as one side of the square’s, air and water an equilateral triangle and a rectangle whose surface area is equal to that of the circle. The circumference is divided into sevenths (because one day of the week is the Sabbath) so that the angle from the vertical is 51.85°. Barrett believes ‘this is the geometry of the soul’.

Time cycles are also associated with special digits, 2139, 7669 and 9583 being key, where ‘time and price are interchangeable’, so that both key dates and key prices must align to give buy and sell signals. Interestingly he also believes that each asset class has its own DNA and therefore correlation between them is usually nil.

As for indices he’ll be watching the FTSE 100 like a hawk on Friday 14th October 2016 for signs of another key long term peak. He believes the Dow Jones Industrial Average has already topped out with a break below 18,000 confirming. As for Australia’ All Ordinaries, ‘it’s history’.