ACI “the filling in the sandwich”: The economist between the dark side

That’s how Adrian Schmidt said he felt as a fundamental analyst slotted between two technical analysts at yesterday evening’s special panel debate organised at the STA’s usual (and lovely) venue in conjunction with the ACI. To an almost full house – maybe because of the ACI hook-up, maybe because investors make plans in January, maybe because of the calibre of the speakers – the session was riveting. 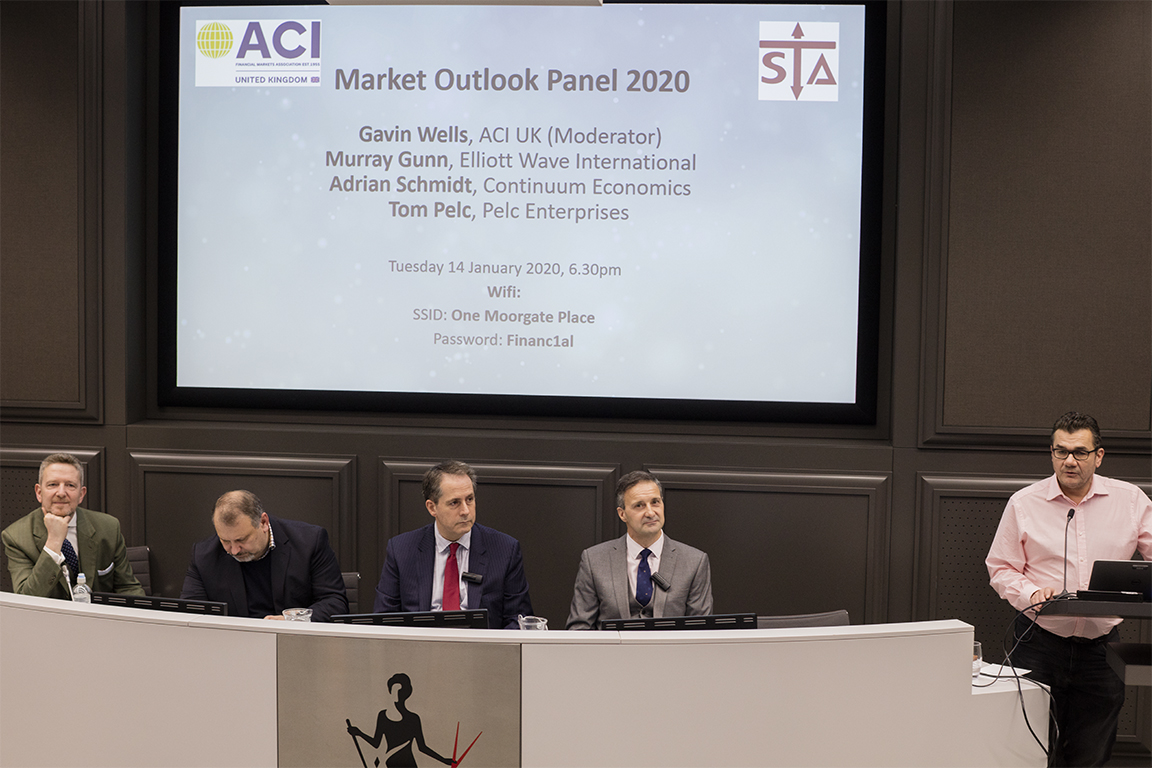 Moderated by Gavin Wells, Executive Committee Member of ACI, he’d obviously whipped the lads into shape. The speakers had been properly briefed, done their homework and timed their talks, resulting in a slick, fast-paced hour-long session. Online voting on the probabilities for key markets was conducted with the audience, then first speaker Murray Gunn MSTA of Elliott Wave International introduced the concept of ‘social mood’ which he believes joins the technical approach with the fundamentals in our life choices. Clear long-term FX views were outlined, he warned of a bubble in asset prices, and concluded that ‘’cash is king’’ this year. 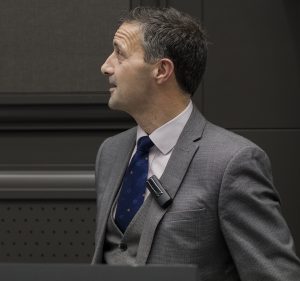 Adrian, today covers G10 currencies for Continuum Economics having worked at major international banks for 33 years. In fact, Gavin had pointed out in his introduction that between them the panel had 100 years of market experience ‘’so theoreticians they are not’’. Looking well, considering his last talk for the ACI was 30 years ago in Abu Dhabi, he currently prefers UK and European equities as they are not as overvalued as US ones. As the Fed has room to cut interest rates, yield spreads over the EU should narrow giving the euro a lift against the greenback.

Last up Tomasz Pelc MSTA, recent founder of Pelc Enterprises (who happens to live in the same village as Nigel Farage) noted that, his ‘‘hair was in recession, his waist was excessive, and would lead to depression’’ – his analogy for this year’s markets. He felt that decent price moves were more likely after June, with dips in cable towards 1.2500 a good buying point when the dollar index has one last push towards 100, August the best opportunity in 15 years to buy long-dated government paper, and gold to rally t $1620-1650 per ounce. I’m told by an STA member that the views were based on Hurst cycle theory. He’d been stopped out of a long position here and when his wife told him he should embrace his mistakes – ‘’so I gave her a big hug’’.

Votes were then taken and most notably the audience had become far more bullish on commodities; in other areas consensus opinion kept its small advantage. Oliver Madden, ACI UK President made brief remarks saying he had high hopes for our societies’ collaboration and that this evening was a great start. Do look out for the video which will contain detailed outlooks for markets. No ‘on the one hand, but on the other’ with this lot. Thank you!