A fireside chat – and some charts: With John Bollinger, hosted by Jeff Boccaccio

I had high hopes for this latest in the STA’s International Speaker virtual tour; the session was clear, lively, and better than I had thought possible. STA members are urged to view and review it as soon as the video becomes available. I’ll give you some of the reasons why.

Sitting in front of part of his extensive library of technical analysis books, we learnt that John has been a Chartered Financial Analyst (CFA) for many years. He then became a Chartered Market Technician (CMT), his name the (lucky?) thirteenth drawn from a bucket. He has contributed many years to the analysis of and body of knowledge of technical analysis, most famously creating the concept of Bollinger Bands – a percentage move around a simple 21-day moving average where the width of the bands are related to implied volatility rather than a standard deviation. Available in the public domain shortly after 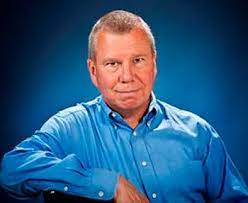 inception, he says that ‘’at that stage technicians were really keen on sharing – open source’’.

So far, so predictable; but his professional career is anything but. He started off as a cameraman. In the late 1970’s he started looking after his mother’s retirement funds where: ‘’I started as a trader and I’ve never lost that love’’. Simultaneously he was a guest, talking markets, on live TV sessions at cable’s Financial News Network, the predecessor to today’s CNBC. He reminds us – with hand drawn and annotated examples – that ‘’we did things by hand back in the day. It’s a shame we don’t do that any more [as] it gives you a better feeling as to how your formulas interact with the data’’. In 1990 he set up Bollinger Capital Management.

His daughter recently joined the firm and she has a strong interest in Environmental, Social and Governance (ESG) investing. Rather than excluding ‘sin’ stocks, shares are picked by assessing their Relative Strength Index (RSI). Nice to see he’s keeping investing in the family.

As for those who complain about market volatility, he laughs. ‘’The more the better! We trade the anticipation of volatility. That’s our ‘meat and potatoes’. No vol equals no work; vol is our lifeblood’’.