Watch with IG TV: The fifth in the Charting the Markets series of videos

As part of the STA’s educational offering, here is today’s interview (11th April 2019) with Lee Sandford MSTA CFTe on IG TV for their regular programme. Interviewed by Victoria Scholar, the latest recruit to their TV team, she’s had some great scoops recently with politicians at Westminster.

Lee addressed the STA monthly meeting a little while ago, so some of you might remember him as the professional footballer (of 17 years) who switched to professional trader (15 years ago). He runs the Trading College.co.uk from Twickenham, and specialises in training day traders. 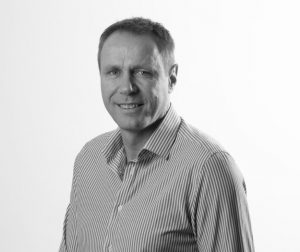 This is reflected in the markets he looks at – in this session mainly FX and commodities – and the way he looks at them. For example, he explains how ATR (Average True Range) – the ‘go to’ indicator for short term trading – is important for day traders in that, if very low, makes it difficult ‘’to give you your day’s money’’. I think this also influences the way he presents himself with short hair, neat white shirt – no tie or jacket – a sort of model for his followers.

Like Nicole Elliott in last week’s interview, he uses IG charts with a series of fairly standard oscillators, such as MACD histogram, Stochastics, RSI – all of which he says he tends ‘’to manipulate to speed them up’’. Like a true day trader, he thinks in pips and has lots of delightful sound bites. ‘’Path to least resistance; price loves to be attracted to support and resistance; gone parabolic; price is king; if you are a swing trader…’’ I could go on.

I think he might be a little bit of a contrarian and I’m sure all STA members will agree when he says, ‘’I’m purely charts’’.