Herr Becker is a very personable and confident man; he apologises for his (very slightly) broken English – but there really is no need. He is also an optimist, with a 3-year old and a 5-month old children to bring up/drag up through day-trading. His LinkedIn profile is surprisingly short, saying he is based in Hanau am Main, Hesse, is an ‘independent executive’ since October 2018, and an ‘independent trader – self-employed’ from January 2015; there are no previous details or education.

He says he has ten years’ experience as a proprietary trader with his speciality being order flow. He calls them ‘footprint’ charts: others might class these as ‘volume profile’, many call them volume ‘ladders’ or ‘depth of market’. ‘’Old oil pit traders know the value of order flow’’, he adds – which can also be said of those using electronic market-making systems today. Think of his charts as a 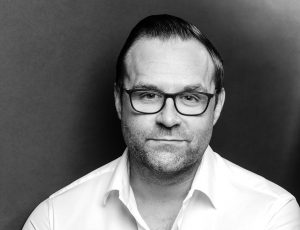 hybrid of candlesticks and the order book plotted to their right, rather like Market Profile; in parallel he plots a Bollinger Band.

His type of charts were originally developed by Market Delta, subsequently sold to CQG. He currently uses a package from Atlas (where he can arrange a 14-day free trial), with competitors Sierra and Ninja being very good for equities, he says. If you speak German, his website www.footprint-trading.de will help visualise the system.

He trades every day, with a very short term trade horizon; he holds most of his trades for five minutes or less. Favouring limit rather than market orders because, when using these, ‘’you become the slippage’’, he looks out for the moment when either the bid or offered volume drops to zero – when one side of the auction process has been exhausted. He looks out for large order blocks which show institutional investors are getting involved, whether the candles are below or above the outer Bollinger bands, and warns that ‘’shorts are always faster than longs’’.

I’m afraid I do not have to hand an example of his footprint charts as this would make his work far clearer. IFTA affiliate members and societies will be able to view his enjoyable presentation shortly.