Memories of October 1987: As markets reel at Trumponomics

Stock, bond, and FX markets have been on a wild ride since the so-called ‘surprise’ election of Donald Trump as 45th US President. He doesn’t start the job until January but already there is much speculation as to who he will appoint and what exactly he will do. One thing is clear, with the Republicans in charge of both chambers of Congress, and another one at the helm, there’s a far better chance of legislation being enacted.

Though October 2016 did not produce another market crash, here is a timely reminder of what might happen – in any month of the year: an interview with legendary trader Paul Tudor Jones live from the floor of the American Stock Exchange as it closed on Monday the 19th October 1987. 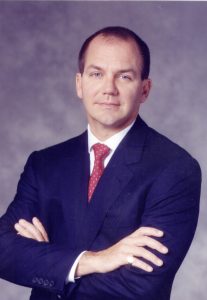 Based on technical analysis he had predicted an epic crash, and had been shorting S&P 500 futures in the fortnight leading up to that massive fall, when the Dow Jones Industrial Average fell a record number of points, on record volume, for a record 22 per cent loss – which still stands today. His calm analysis, prudent tactics, and suggested government response are perfect.

Listening to him it’s hard to believe he reputedly tripled his money in such a short time. It’s also funny to see the paper trading tickets strewn all over the market floor, or to hear about him sitting in front of a Quotron machine all day long (Bloomberg terminals were not ubiquitous in those days).

What comes across loud and clear in this interview is the respect both Mr Jones and the Financial News Network anchor have for technical analysis. Name checking ‘Prechter’ and ‘our own John Bollinger’, noting the index had gapped into the close, predicting the piercing of a bubble and believing this was a selling climax because the market fools 99.9 per cent of the people and Wall Street was unprepared. Same old, same old.

Echoing Warren Buffet, who considers trading costs first and foremost, with wonderful economy he says one should have done just two trades. Bought in August 1982 and selling on Friday the 16th 1987. Nice one!