FTMoney, one of the sections of the Weekend Financial Times, has guest contributors writing on a regular basis. On Saturday 10th November City legend Terry Smith posed the question above, and the article was so very good I urge you to read it in full.  In the meantime, I will paraphrase here, picking on the elements of greatest interest to technical analysts. 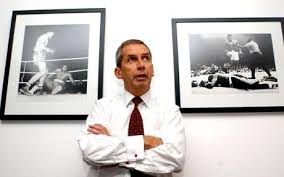 From Grammar school in Stratford, via University College Cardiff, Mr Smith started banking in London in 1973 – and has never looked back. Notoriety followed when, as Barclays de Zoete Wedd’s (BZW) top banking analyst, he put out a sell note on Barclays Bank. Then, as head of research at UBS Phillips and Drew, he was sacked for publishing the book ‘Accounting for Growth’. He went on to become CEO of Tullett Prebon and since 2010 is CEO and CIO of the firm he founded, Fundsmith L.L.P.

Looking at research published in the Journal of Financial Economics by Professor Hendrik Bessembinder, for the period 1926 to 2016 in which Dr Bessembinder compared the performance of all Amex, Nasdaq and NYSE stocks (all 25,967 of them) against that of one-month US Treasury Bills, results are astounding. Less than half of the shares (42.6 per cent) managed to outperform over the whole period – or until de-listing – even with dividends reinvested – essentially a buy and hold strategy. The vast majority of stocks had negative returns, with only a handful doing the heavy lifting – a situation we have today with FAANG shares.

Stockbrokers know full well that equity indices have a positive skew as successful companies with bullish momentum replace ailing laggards in the index calculation. Also, few companies lasted for the 90 years of this study; a little over 4 per cent of these accounted for all the wealth created over the period. Shockingly, during the period covered by this survey the average lifespan of a listed firm was 7.5 years. Divvying things up decade by decade, things have gone downhill in that not only are returns lower than those on T-Bills, they have also been declining all along. Of stocks first listed in 1977 or later, most had a negative return, full stop.

Like Warren Buffet’s advice to his wife who is wary of investments, Mr Smith suggests putting one’s money in an index tracker as stock selection’s too miss rather than hit. Then again, he would, wouldn’t he?