Are you a superforecaster? I’m not

But I know of one who is! Philip E Tetlock, and colleague Dan Gardner, are the authors of the book ‘Superforecasting: the Art and Science of Prediction’ published by Cornerstone Digital in 2015. A Toronto-born academic, he works at the intersection between political forecasting, social science, psychology, organisational behaviour and decision making. 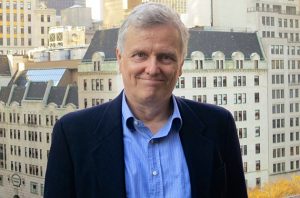 He started in 1984 by organising small-scale forecasting tournaments using 284 experts in various fields; by 2003 he had decided that those with the highest media profiles often had the worst results, and concluded there was a perverse inverse relationship between fame and accuracy.

In 2011 he started the Good Judgement Project (GJP) with his psychologist wife Barbara Mellers and Don Moore, a specialist in over-confidence; they aimed at harnessing the wisdom of crowds. The 3000 volunteers only needed an interest in current affairs and an internet connection; then each forecaster’s predictions were tracked and scored. They picked the 60 most accurate and found that they beat the professionals by a wide margin. Tetlock concluded that ‘it doesn’t really matter how smart you are’, as recorded in an interview in Lunch with the FT (9/10 July 2016).

They then started grouping the traits these people had, which made them super forecasters. These, summarised by Matthew Russell of M&G (https://www.bondvigilantes.com/blog/author/matthewrussell/), are as follows:

The ability to aggregate information from multiple sources.

Curious, with an appetite for information.

A healthy amount of cynicism.

They updated their forecasts regularly.

They were unafraid the change their minds.

Tetlock himself says that estimating the probability of unique events is a skill that can be, and is worth, cultivating. Just the sort of thing a professional trader is doing all the time.

Now as for the traits that help, I think there are one or two that I have to work on. I also know who ought to be more humble!

Another (slightly off-piste) book for the STA Library, maybe?