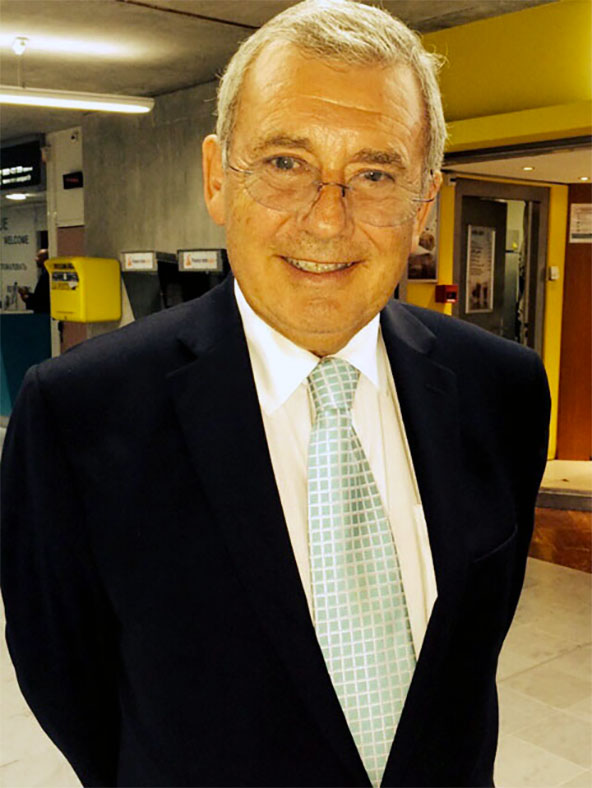 Philip’s enthusiasm for transforming the old ACTA into what is today a highly professional organization, will serve all of us well for a very long time.

Philip Gray became Chairman of what was then the Association of Chart and Technical Analysts (ACTA) in 1986 and originated and steered the concept of the change to the Society of Technical Analysts (STA), to be a company limited by guarantee. He was the first STA Chairman. To further enhance the professional nature of the STA, he and the then Education Secretary, Bronwen Wood, initiated the Diploma in Technical Analysis and courses to prepare candidates for the examination. For these achievements he was created one of the first Fellows of the STA.

Philip was a frequent speaker at technical analysis conferences over the years and no one who heard him is likely to forget his delighted cry off ‘and off to the races’ when he found a chart he especially liked! He had international experience in all aspects of investment banking, especially investment management and stock broking. Philip had also been a director of various companies listed on the UK, Zurich, Frankfurt and Johannesburg stock exchanges. In addition, he was at one time the Chairman of the Hong Kong Society of Investment Analysts.

A personal memory from David Charters:

Philip was a big man with a big personality, always making people notice his presence in a room. He was a talented fund manager with GT Management and his GT European Fund was a great success. I recall a trip to Frankfurt with him and others when the GT Germany Fund was launched and his impish sense of fun transcended a long and busy day. We were to be treated to a short river cruise with lunch but en route there was an announcement over the plane’s system that the frivolous part of the day had been scrapped and that the German Finance Minister would, instead, be analysing in fine detail the state of the economy and the present state of the money supply. Sighs all round! Half an hour later were were boarding a river cruiser for the most magnificent meal.

Philip was subsequently moved to Hong Kong by GT and I visited him a couple of times. He organized the local GT office and made enormously valuable contacts for the company. He was never one to do things by halves. He was also a great supporter of the Munich Beer Festival and always timed his visits to Europe to coincide with both that and the annual Cambridge conference, where he was a regular speaker. Life in the bar, at this 3-night residential event, was never dull when he was there.

Philip’s enthusiasm for transforming the old ACTA into what is today a highly professional organization, will serve all of us well for a very long time. I last saw Philip at a Fellows’ lunch, organized by the STA a few years ago. I was always happy that he was enjoying his retirement in France with his family.