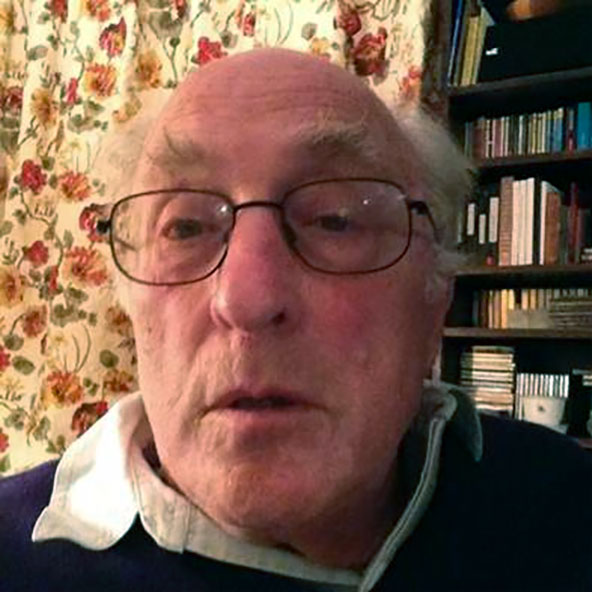 He used to do lunchtime presentations in the office and clients would come out still holding their sides with laughter.

Brian Marber, Fellow of the Society of Technical Analysts, passed away on 9 June 2018. He had been granted a Fellowship in the early years of the Society for his great contributions to the field, in investing in and trading the markets, commentary and his extensive appearances at conferences and seminars.

Brian Marber was the first fund manager in the UK to manage large funds using only technical analysis and for six years from 1976/81 was voted best technical analyst in the City. Also in 1980 he was quoted as having the best FX forecasting record in the world. During the 1980s Brian was a Member of the Visiting Faculty at IMI in Geneva, Europe’s oldest business school. In 1981 he founded Brian Marber & Co, at one time the world’s largest independent FX consultancy, and in 1990 started managing FX accounts.

But there is more to say about Brian. As a student in Cambridge he was a member of the famous Footlights andhe never lost his thespian skills. One famous example was when he was speaking at a conference while the Yen was basing. He asked for a piano on stage and to the tune of ‘When they begin the Beguine’ sang his own words entitled ‘I’ve got a Yen for the Yen’. Also there was his rendition of the first chapter of the book of Genesis, transposed into technical versus fundamental terms and delivered in very priestly tones………………

This talent was also evident in any meeting with Brian, be it business or social. Everyone who knew him will remember his famous line, ‘The market will go up and down…………..but not necessarily in that order.’ Chris Chaitow, another fellow, notes: ‘He used to do lunchtime presentations in the office and clients would come out still holding their sides with laughter. He had a string of great jokes, as well as a deep knowledge of technical analysis.’ And from Malcolm Blazey: ‘A small group of Fellows had a lunch with Brian, many years ago, and I cannot recall another lunch where I have laughed from the start to the finish. His last words to me, and probably to a few others who also asked “How are you?”, were “I’m still alive, and compared to the alternative that’s pretty good going”. End of an era. And for myself, I learnt from him and he made me laugh so much over the years – what more can you ask?

Publications
Marber on Markets Harriman House Publishing (2007)
Back to Obituaries